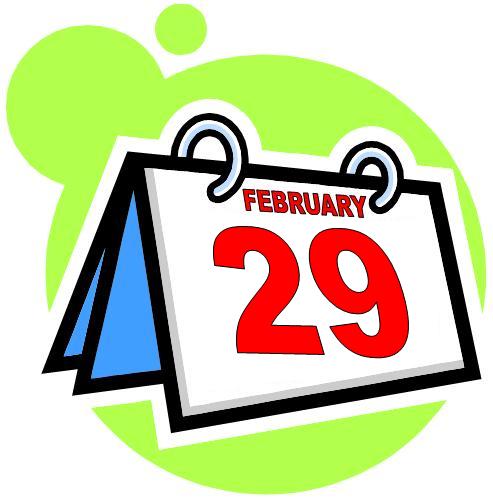 The ancient Egyptians figured out that the solar year and the man-made calendar year didn’t match up perfectly.

It’s all caused by the time that it takes the Earth to revolve around the sun – 365 days, 5 hours, 48 minutes and 46 seconds to be exact. (Ever wonder who was manning the stopwatch for that one?)

Therefore, the extra hours and change have to be carried over and every 4 years an extra day was added to the calendar to keep it all even.  Interestingly, there are a number of other intricate rules that they use in the calculation.

So What Has Happened on Leap Years Past?

1288 – Scotland’s Queen Margaret declared that a woman had the right to pop the question to any man she wished and if rebuffed, the man would be forced to pay a fine to the fair lady.

1504 – Christopher Columbus uses his knowledge of a lunar eclipse that night to convince Native Americans to provide him with supplies.

1916 – Child labor: In South Carolina, the minimum working age for factory, mill, and mine workers is raised from twelve to fourteen years old.

1972 – Hank Aaron becomes the first player in the history of Major League Baseball to sign a $200,000 contract.

Now isn’t it refreshing to know all of those things happened on leap year in the past?

What important news will happen today?  Feel free to make a prediction or share an event!

Galen Call is a Certified Reverse Mortgage Professional (CRMP) in Monterey, California. She manages the Reverse Mortgage Division at TreeHouse Mortgage Group, a Division of American Pacific Mortgage Corporation (CALDRE #01215943 | NMLS# 1850). Galen can be reached at 831-645-1164 or by email.

How can I help?

Copyright © 2021 American Pacific Mortgage Corporation. For informational purposes only. No guarantee of accuracy is expressed or implied. Programs shown may not include all options or pricing structures. Rates, terms, programs and underwriting policies subject to change without notice. This is not an offer to extend credit or a commitment to lend. All loans subject to underwriting approval. Some products may not be available in all states and restrictions may apply. Equal Housing Opportunity.